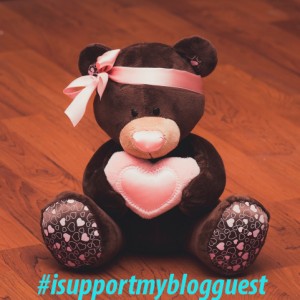 This week we have an unusual chat. We just want to say a couple of words about our current situation, and how we see the future of MyBlogGuest!

As you may know last week MyBlogGuest was hit by Google. Matt Cutts announced the hit the same second he was apparently pushing the button (I am sure he was enjoying himself :))

One of the most curious SEOs, who was kind enough to be tracking our rankings, broke it on Twitter almost the same time. At that time I was at #Pubcon listening to the keynote, so I definitely had my popularity moment last week 🙂

So far the actual reason of the “hit” is unclear. You can see the official reason in my update here. Despite claiming “Unnatural inbound links”, Google took action (umm *attacked*) our community members. That’s what I explain in my second update when it became obvious.

Unless our community members are tracking the SEO news, they would NOT even know why they may have been penalized. Therefore we created a separate thread within MyBlogGuest to give instructions on how to get out…

@seosmarty I guess that’s the issue. Google is no longer just a search engine. It can destroy businesses with no govt ovrsight #myblogguest

One of our members’ stories went public. You can see the ridiculous reason why he was hit here. Apparently Google is playing our members’ blogs editor explaining what’s relevant and what’s not…

My best friend and our supporter @the_gman explained the whole situation here.

The good part is: We’ve seen overwhelming support from our community and from outside! Google attacking the whole community who did NOT break ANY of their rules is something unseen before.

By making everyone nofollow everything, Google is losing the only thing they can understand: Link signals. Hence the results get worse and worse, naturally!

I don’t see that working in search, that’s only what we think RT @SmashFlare: Google understands a lot more than links #myblogguest

To be clear: I do NOT recommend website owners blocking Google. That’s my personal choice only!

One more good news: Our publishers see very fast ban lift (3-4 days) and we are helping them within MBG too.

Now quick note about the future…

We have been working on re-branding since December (got slow because of revolution in our country) There’s no good time for revolution 🙂 But the new site is almost ready and we’ll be launching it soon, with more features!

just keep being awesome, no matter what you call yourselves! #myblogguest

So stay tuned, THANKS for all your support! We definitely made THE history of the most supported banned site!

Every one of my @myblogguest tweets absolutely = endorsement #isupportmyblogguest